In honor of the launch of the Starz adaptation of Diana Gabaldon’s, Outlander, on August 9th, I’m sharing what I’ve learned on one of my favorite subjects:  Time Travel.

Although it might feel that the idea of time travel is a modern concept, humans have talked about, written or dreamed of the idea for thousands of years.

Of course the 1895 novel The Time Machine by H. G. Wells moved time travel to the forefront of the public imagination, non-technological forms of time travel have appeared in a number of earlier stories such as Charles Dickens’ A Christmas Carol. Historically, the concept dates back to the early mythologies of Hinduism and Buddhism through ancient folk tales.

Ancient folk tales and myths sometimes involved something akin to traveling forward in time; for example, in Hindu mythology, there is a story of the King who travels to heaven to meet the creator and is shocked to learn that many ages have passed when he returns to Earth. Buddhist also mention time moving at a different pace, and that people live much longer. This also happens in Celtic mythology. If someone drops through a fairy circle into the realm of the Sidhe, when they return they will still be young, but their family and friends will have died of old age.

Another one of the earliest known stories to involve traveling forward in time to a distant future was in a Japanese tale. It was about a young fisherman who visits an undersea palace and stays there for three days. After returning home to his village, he finds himself 300 years in the future, when he is long forgotten, his house in ruins, and his family long dead.

The trick to writing believable time travel stories is all about the world building.  When you watch Outlander on August 9th, be aware of how meticulous Ms. Gabaldon creates her world.  I’m in awe!

Have a great day, 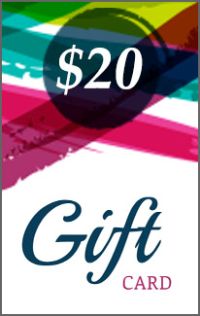 Pam Binder is giving away five $20 gift cards to the winner's choice of bookstore! (one gift card per winner)