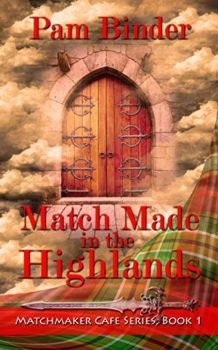 Match Made in the Highlands

In the Scottish Highlands, and with the last lines of the movie Brigadoon fresh in her mind, Irene Redmond signs up for a tour, hoping to uncover secrets hinted at in her mother’s diary. Instead, Irene is transported back in time to the thirteenth century, along with the rest of the tour group. Logan Mackinnon, confirmed bachelor, has put his life on hold to help his father care for his mother and honor her dying wish to tour Stirling Castle. Sparks fly when Logan and Irene meet, but their budding romance is tested when they learn the conditions needed for their return to the twenty-first century. Like Brigadoon, the castle is enchanted, and only a marriage between two people who truly love each other will break the spell—and vows must be said before midnight. Irene expected to unravel family secrets; instead she meets a fellow tour guest whose kisses awaken long-ago dreams of happily-ever-after. But are their feelings strong enough to break the castle’s enchantment?

Originally self-published November 2014 as Christmas in the Highlands in trade paperback and April 2015 in eBook. 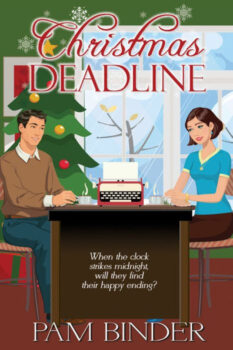