With the re-release of THE QUEST, I was reminded how much I love anything to do with Scottish Highlanders. So much so, that I have started to write the sequel to THE INSCRIPTION about my clan of immortal highlanders. (Yes, I was a HUGE fan of the Highlander TV series with Adrian Paul).

A sequel means research. And where better to start than with Scottish lore, folklore and superstitions.

Because the Scots lived close to the land, many of their stories were based on nature. The rowan tree (mountain ash) was considered a good luck charm. Most Highland huts had one growing by the door to protect everyone living inside. No boat set sail without a sprig of it to guard against storms.

Crows were associated with death and disaster. If you heard a raven call before you set off on a journey that foretold misfortune on the way. The eagle was a symbol of strength, its feathers thought to possess magic that insured longevity. (This magic feather fits perfectly into my sequel as my main characters are immortals).

We’ve all heard that cats are the familiars of witches, but Highlanders considered toads and hares a witch’s familiar as well. You could kill a witch with a silver bullet when she shifted into a hare. A dog howling at night was a bad sign, but if a strange one entered the house it meant a new friendship would soon follow.

There were stories about the days of the week. Sunday was considered a lucky day on to be born or get married. It was unlucky to kill hogs on Monday, but a lucky day for visions. Tuesday was the day when you were most likely to feel unsettled. It was unlucky to travel on a Wednesday. Thursday was a day for work, Friday the day for lust, love and pleasure and Saturday a day for planting. All these rules confirmed the belief that the Scots were very organized. They had a day for everything.How does research lead to story ideas? If you haven’t come up with any so far, I’ve included a few writing prompts to help jump start your inspiration. 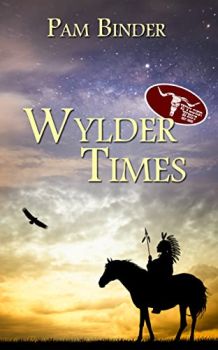